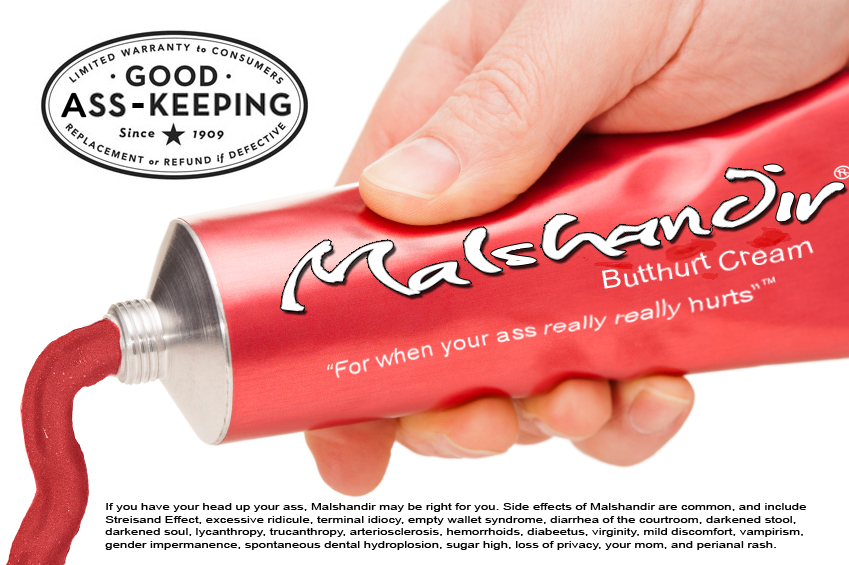 Recently, a controversy broke out over the name “Malshandir.”

I’d have never known anything about it, but a friend of mine, Ken White over at Popehat, wrote about it. He mentioned on another website that he wanted a Photoshop image created with a tube of a substance called “Malshandir Butthurt Cream,” for “when your ass really hurts.”

Well, I greatly enjoy the opportunity to play around with Photoshop, and the idea of a parody medication ad just seemed like it would be too much fun.

So, without further ado….